A documentary film written and directed by Denis Sneguirev 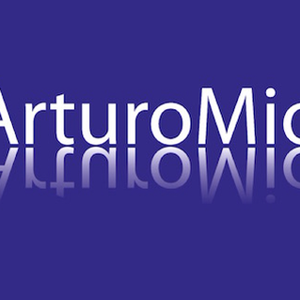 What if the future of our planet depended on the reintroduction of large herbivores in the Siberian tundra?
That's the Zimov's hypothesis.
Back to the Ice Age and welcome to Pleistocene Park.

Past the Arctic circle, in deepest Siberia, two Russian scientists, Serguei Zimov and his son Nikita, are conducting a unique experiment : going back in time and restoring the Ice Age ecosystem to save humanity from climate disaster….

For all scientists agree at least on this point: In the list of climatic disasters to come, the melting of permafrost is at the top.

This frozen soil holds millions of tons of methane, beneath the earth’s surface, a powerful greenhouse gas. But methane isn’t the only problem.

In fact, there are also millions of tons of CO2, mercury and quite a few forgotten viruses, that are still imprisoned in the icy lands of the Arctic.

A few degrees more, and the weakened permafrost will release its climate bomb.

According to Zimov's hypothesis, a massive reintroduction of large herbivores in the ancient mammoth steppes of Siberia would slow down the permafrost thawing.

How? Large herbivores stimulate the growth of steppe grasses, whose light colour reflects

sunlight into the atmosphere like a mirror. This is the A lbedo effect. Thus, in summer the

earth absorbs less heat and protects the permafrost. In winter, the trampling of large

herds of cattle compresses the snowpack, which acts as an insulator. Denser snow keeps

the ground and permafrost frozen.

This hypothesis, nowadays studied by many scientists, has become a life-size experiment conducted by the Zimovs in the Pleistocene Park, a 20km2 enclosure in the depths of Siberia. Facing the Siberian climate, the isolation of these deserted lands, the vastness of the Siberian territory, they import reindeer, buffalo, yakut horses, musk oxen to populate the Pleistocene Park and prove the cooling effect of the presence of these large herbivores on the permafrost.

The French-Russian director Denis Sneguirev, followed them for 2 years, at the Park, in international climate summits, and during expeditions farther out in the Arctic to bring animals back.

A great ecological-adventure film to alert the world on the necessity of acting now. And not wait for the announced disaster to come true before taking action.

Project status : In production. 70% of the shooting done.

Delivery date of the film: March 2021

The film is laureate of the Scam’s Brouillon d’un rêve scholarship and won 2 awards for the best pitch at FIPADOC.

We believe in the power of documentary.

THE FILM THE Zimov HypotHesis  will have an impact campaign to raise public awareness on the dangers of permafrost thawing and the need for widely accepted and systemic permafrost management.